April 10, 2016, got marked as a prominent date as the USPS introduced reduced postage rates on Mailing Service products including Standard Mail®, Periodicals, and First-Class® Mail. Notably, the postage rate has been reduced by an average 4.3 percent and this reduction will apply only to the widely-used mail including letters, postcards, and large envelopes/flats and will not impact the postage rates of Priority Mail® and parcels/ packages as the rates for USPS shipping services were already adjusted on January 17, 2016.

Here’s a detailed list which will help you understand how much you need to pay for First-Class Mail Postage as per the new rates:

The reduction in the postage rate is attributed to the discontinuation of a crucial surcharge that was levied by the USPS during the last recession. The 2008-2009 financial meltdown impacted the US postal business as well and the Postal Regulatory Commission allowed the US postal service to increase the postage rate with a view to compensate for the losses. This was supposed to be a short-term arrangement to beat the impacts of recession and there were plans to phase it out once the postal department determines that it has been able to recover from the recessionary effects.

With the decrease in the postage rate of Metered First-Class 1-Ounce Letters, from $0.485 to $0.465, businesses using postage meters can avail 1 percent discount over retail stamps. However, they may need to modify their postage meter settings in order to be able to print postage till three decimal places. Mailers who have purchased Forever Stamps before April 10, 2016, have paid a higher postage cost. On the other hand, people who have been using online postage or postage meters are able to use the right rates at the right time without having to worry about paying more than what they are supposed to. 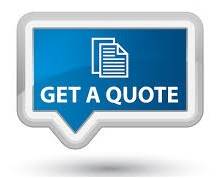