U.S. Postal Service has one of the lowest letter rates in the industrialized world. Discover the history of the cost of first-class postage stamps over the years.

Over the last 150 years, the cost of a first-class postage stamp has only gone down 3 times.

The cost stayed consistent for a lot longer in the early years than it has over the last two or three decades though.

Let’s look at how postage rates have changed over the last century-and-a-half.

US postage rates were originally set by Congress as a result of the Postal Service Act that was signed into law by President George Washington in 1792. Originally, postage was set by the “distance zone” or how far the letter had to be carried to get to its destination.

As a size of a letter increase, it was subject to double or triple rates and “ship fees” were added for letters being delivered to Hawaii and other ports of entry.

The first postage stamps were issued in 1847. Before that, the rate, origin location of the letter, and dates were either handwritten or stamped with some type of hand-stamp device. 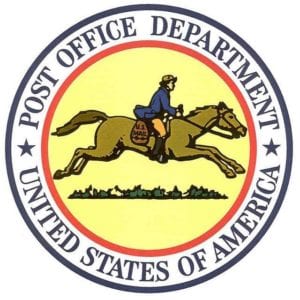 Standardized first-class stamps were introduced in 1866. Those original stamps cost 3 cents, which would be 49 cents in 2018 dollars.

The cost of a stamp remained at 3 cents until 1882. The face value stayed the same at the time but when compared to 2018 dollars, the value did fluctuate. Where it started at an equivalent of 49 cents in 1866, that cost increased to an equivalent of 76 cents in 2018 dollar by 1882.

This shows how much more volatile the value of a dollar is in today’s world compared to what it was in the mid- to late-1800s. 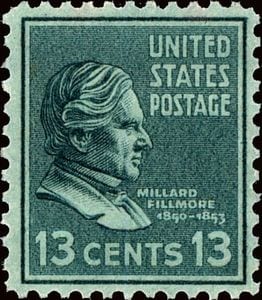 The First Decrease in Postage Costs

In 1883, the cost of a first-class stamp changed to only, a 50 percent decrease in cost. This was the first of only three decreases in the last 150-plus years.

First-class postage stayed at 2 cents until 1917.

Postage didn’t change for the first 16 years of the twentieth century but towards the end of the First World War, it went back up to 3 cents.

A one-cent increase doesn’t sound like much in today’s world but it was a 50 percent increase in cost. That would be like today’s postage increasing from 55 cents to 82 cents from one year to the next.

Postage only stayed at the 3-cent mark for two years, through 1918. After the war years were over, it dropped for the second time in history, to 2 cents, where it stayed until 1932.

The decrease in value relative to 2018 dollars shows how the value of money in the early- to mid-1900s started strong and gradually declined compared to recent years. 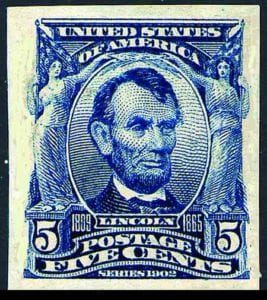 Postage Rates Start to Increase by Much More

The mid-20th century is when postage rates started to increase on a much faster timeline. The 4-cent stamp was short-lived compared to the earlier years, lasting only 3 years instead of 15 or more years.

Stamps continued to increase by a few cents a year through 2015, at which point they were up to 49 cents. The third, and last, decrease in the cost of a first-class stamp happened in 2016 when the cost dropped back down to 47 cents. 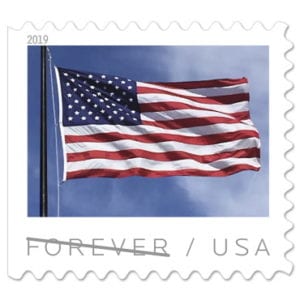 Hedging Your Bets with Forever Stamps

The US Postal Service introduced Forever stamps in 2007. These stamps sell for the current cost of postage but instead of having a face-value of that amount, they will always be worth the current value of a first-class stamp.

The cost of a first-class stamp in 2020 is not changing so it will be the same as it is in 2019 – 55 cents for a letter up to one ounce. Overweight mail costs an extra 15 cents per ounce, which is also staying the same. 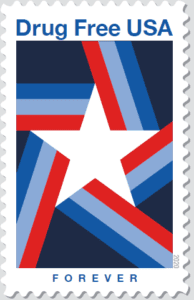 Postcards – A Unique Type of Mail

One type of mail that’s treated differently is a postcard. Postcards aren’t considered first-class mail and they cost less to send than a typical letter. The cost of sending a postcard is currently 35 cents and that price is staying the same in 2020.

Simplifying Postage with a Postage Meter

If your business sends a lot of mail, dealing with first-class postage stamps can be a lot of work. It can also be a pain to have to deal with changes in postage costs from one year to the next if you have a lot of stamps on hand.

If you mail any significant amount of letters, you’ll save a lot of time and money by using a postage meter. Postage meters let you print digital stamps, take advantage of USPS discounts, and avoid having to travel back-and-forth to the post office.

Postage Meter Rental offers a range of postage meters to meet the needs of any size business. Get in touch today to get a customized quote on the right meter for your business.

In 2021, the USPS proposed a 3.9% increase in postage rates for market-dominant products, which include First-Class Mail, Standard Mail, and Periodicals. This proposal was approved by the Postal Regulatory Commission, and the new rates went into effect on January 24, 2022.

It is likely that the USPS will continue to raise postage rates in 2023 to address financial challenges and keep pace with the rising costs of operations. However, the exact amount of the increase has not yet been determined.

In addition to the cost of postage, other factors such as mailing location, weight, and size can also affect the cost of mailing a letter or package. For example, mailing a package across the country will be more expensive than mailing it within the same city.

Overall, it is important for businesses and individuals to keep an eye on postage rates and be aware of the different options available for mailing letters and packages. By understanding the cost of postage and the different classes of service offered by the USPS, businesses and individuals can make informed decisions about how to mail their letters and packages in 2023.

It’s worth mentioning that, in addition to the traditional mail services offered by the USPS, there are also a variety of alternative mailing services and delivery companies that may offer different rates and services. Keep in mind that if you are looking to send something internationally, prices may differ from country to country, so keep an eye out for any changes in international mailing prices as well.