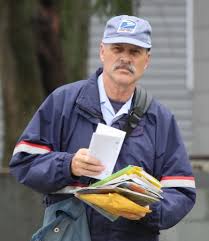 Have you ever wondered what secrets a post office carrier would tell you if you asked them?

You may not know the name of your post office carrier, but they know yours.

Most people don’t even think about their mail carrier until they need that rebate check to show up. But they think about you, and your checks, bills, birthday cards, and yes, junk mail, every day.

There are a lot of things the average American doesn’t know about their carrier despite the mail delivery being older than the U.S.A. That’s about to change. We’re giving you eight facts about the USPS that you didn’t know…until now!

It’s not the buildings that make the post office, it’s the dedicated people that keep the country going. USPS carriers, postmasters, sorters, and other employees have a hand in many facets of our lives.

To varying degrees, all USPS workers play a role in the ups and downs of our lives. Our birthdays, graduations, businesses, utilities, retirement, and healthcare depend on the USPS.

But how much do you know about them?

1. The Mail System has Been Around Longer Than Our Country

Under the British Parliamentary Post, Ben Franklin is the first postmaster on record, dating back to Philadelphia in 1737. After a little controversy, the British relieved him of his post in 1774.

By then, Franklin and friends were laying the foundation for the Declaration of Independence and building our nation. In 1775, the Continental Congress appointed Franklin as the first Postmaster General.

Since Franklin, the line of postmaster generals hasn’t broken in more than 240 years. 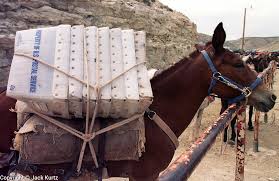 Early on, the post office came up with an idea on how to deliver mail faster: use mules and horses. In some parts of the country, mules still deliver mail.

The Havasupai Indians live at the bottom of the Grand Canyon. Mail trucks and modified vehicles can’t get to them, so the USPS employs a mule-train to do it.

The mules travel eight miles to the bottom of the Grand Canyon, delivering mail, food, and other supplies.

Three presidents and a score of celebrities worked for the post office in some capacity. Presidents Abraham Lincoln and Harry Truman were both postmasters. President William McKinley was a mail clerk in Ohio.

Inventor of the Morse Code, Samuel F.B. Morse was the Superintendent of the Telegraph Unit in 1845. Wild, right? 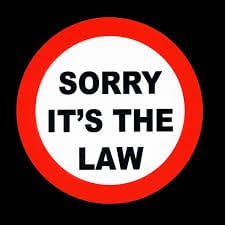 There are more than 200 federal laws protecting your mail and the USPS will go after you for breaking one. In 2017, USPS reported 5,538 arrests and 4,679 convictions due to a mail-related offense.

There are laws against postal carriers abandoning their route, mail tampering, stealing someone’s mail, embezzlement, and sending threats via mail, to name a few.

5. There’s A System for Your Mail’s Arrangement

USPS mail routes aren’t the only thing that gets planned and organized by local post offices. The arrangement of your mail is too.

Have you ever noticed when you get your mail how it’s arranged? Usually, important correspondence like bills is on top. Cards and income checks are beneath the bills, followed by bulk mail, magazines, and circulars on the bottom.

Mail carriers have their own “system” for arranging your mail and it doesn’t change. Some may put personal correspondence on top to ensure you get it, while others like “sandwiching” it for security. If you’ve never noticed how it’s arranged before you will moving forward!

There’s one thing you’ve noticed over the years and that’s the mail truck itself. They’re interesting for many reasons, least of which is the steering wheel is on the right. Another fun fact about mail trucks is their age.

In 1986, the USPS chose the Grumman Corporation’s Life Long Vehicle as the new mail truck. Many are still operating today.

Over the last few years, the USPS is switching their fleet to the Flexible Fuel Vehicles, for obvious reasons.

Your local post office may not be huge, but the system it’s built on is. These figures offer a glimpse at how big the USPS is and how much we depend on it:

These are only a few of the numbers that show how dependent we are on the USPS. We count on them for jobs, keeping our lights on, and sending well wishes.

And, it’s important to know…

8. They Don’t Have to Deliver Your Mail

You’re thinking, “Can a mailman refuse to deliver mail?” They sure can!

“Neither snow nor rain nor heat nor gloom of night,” isn’t the post office’s motto. In fact, it’s from The Persian Wars by the Greek historian, Herodotus.

But, postal carriers will deliver your mail no matter what, with one exception: Safety. Whether there’s a hazard in their way or a resident is belligerent, if a carrier feels delivering the mail is unsafe, they don’t have to deliver it.

Harassing or threatening a postal worker is a federal crime with serious consequences so don’t mess with the USPS!

At Postage Meter Rental, and our affiliates, we partner with the USPS to have the top of the line equipment you need to print digital stamps without leaving your office. You’ll save up to 80% on USPS services and your employees won’t be running to the post office every day.

When you rent a postage meter from us, you print your postage and shipping labels and hand them to your post office carrier. That’s it! No waiting in lines, no wasting payroll, and especially no wasting time.

Visit our products page to find the right meter for your business. Find out how renting meters works and get a quote today!